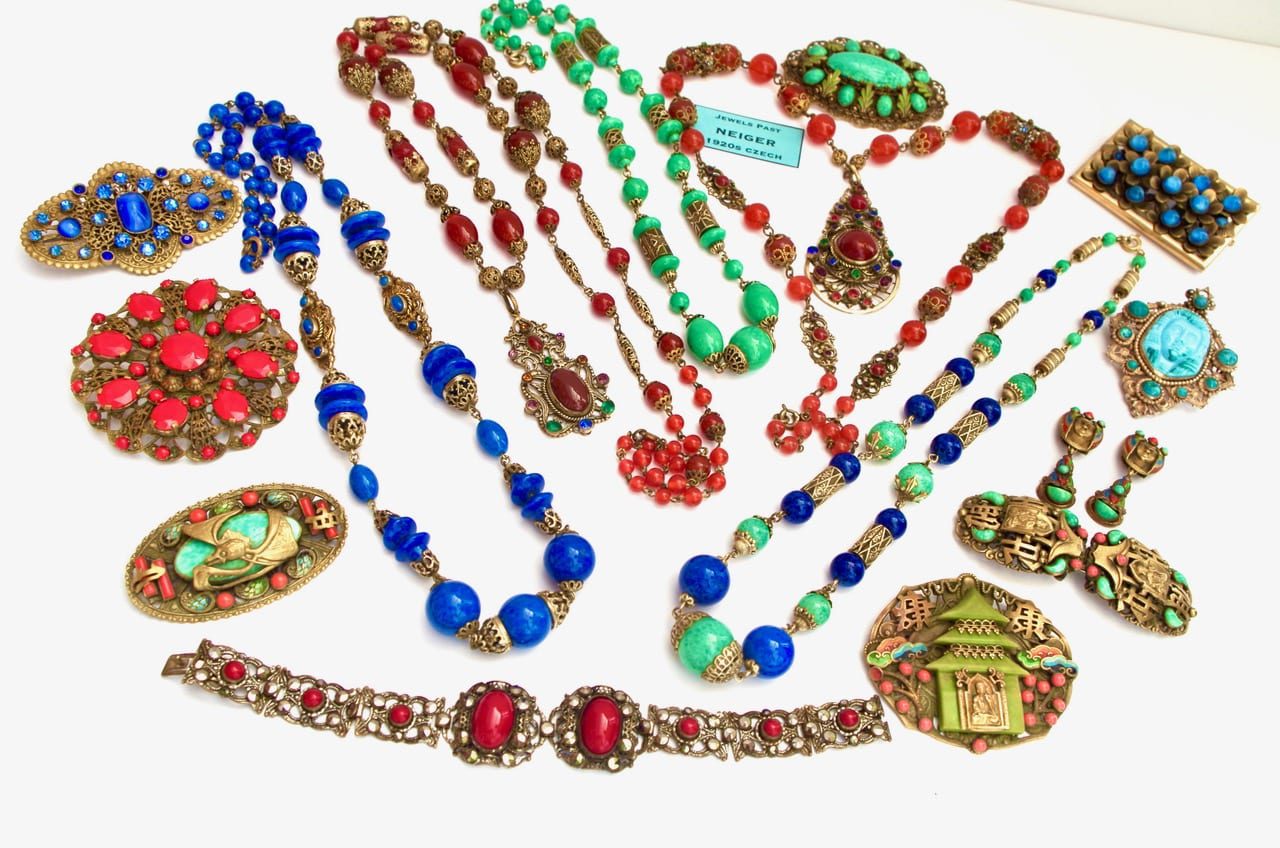 Max and Norbert Neiger were two brothers living in Czechoslovakia who made wonderful jewellery with figural glass components in Gablonz, Czechoslovakia, from 1905 to the 1930s. They were Czech citizens as were their ancestors but they also had German Nationality.

The Neiger Brothers took advantage of the Egyptian Revival craze, beginning with the discovery of King Tut’s tomb in 1922. They further added more “exotic” lines, with Chinese and Indian motifs. They produced hypnotising brooches, beautiful beaded necklaces and fascinating bracelets, all of the highest quality. Today, collectors have rediscovered Max and Norbert, and their tragic end has come back into the public eye, as buyers snap up their stunning wares.

As the Germans advanced near Gablonz in 1939, the two Jewish brothers left their factory and escaped to Bohemia, where they continued to produce jewellery in a scaled-down operation. They were later arrested in Prague and, in 1942, were exterminated by the Nazis at Auschwitz.