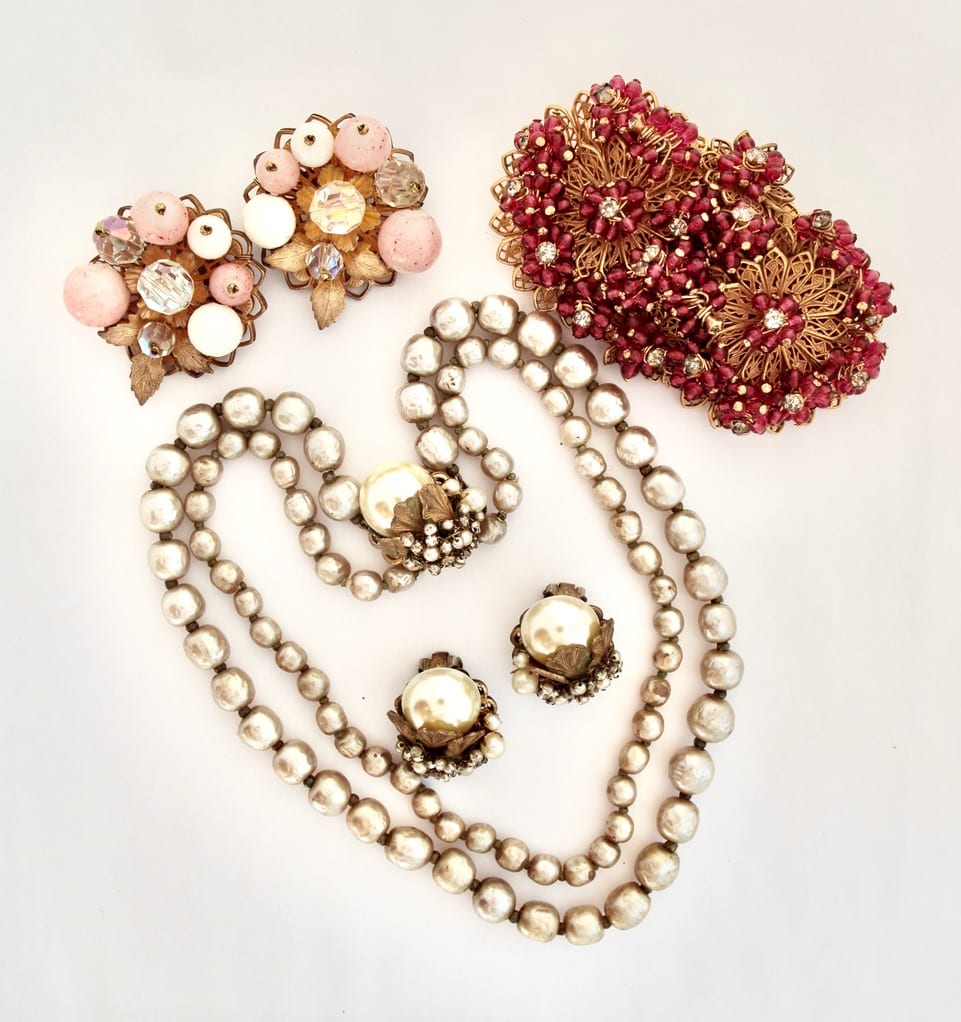 Miriam Haskell jewellery, 1924-present – is known for its elaborate and innovative design as well as the attention that is paid to detail in the construction of a piece. Miriam Haskell took many cues from the artists of the Art Nouveau period.

You can see in her jewellery, natural motifs, the intricate flowers, natural materials and complex construction. These items undoubtedly took a long time to produce. It is therefore easy to imagine why a Miriam Haskell item will command such a high price. Miriam Haskell was born in Indiana in 1899. In her twenties it is said that she ran a gift shop in New York City where she began making jewellery with great success. Each piece was handmade and so elegant she gathered quite a following. In 1926 Miriam Haskell goes into major production. Frank Hess becomes the chief designer. In the beginning of the 1930s Miriam Haskell establishes retail shops at Saks Fifth Avenue, NYC and Harvey Nichols in London. Miriam oversaw all aspects of production. Most of the jewellery created at “Haskell” was unsigned at this time. In the late 1940s most of the Miriam Haskell jewellery began to be marked.
Haskell purchased materials from only the best sources. For example, beads from Italy and France and faux pearls from Japan. Haskell purchased faux pearls from Bohemia until the late 1930s. After WWII, the faux pearls were purchased from Japan. In the 1950s Miriam retires from her company. Miriam Haskell died in 1981. The company was sold again in 1983 and 1990. It is still in business today – so be wary of later designs.