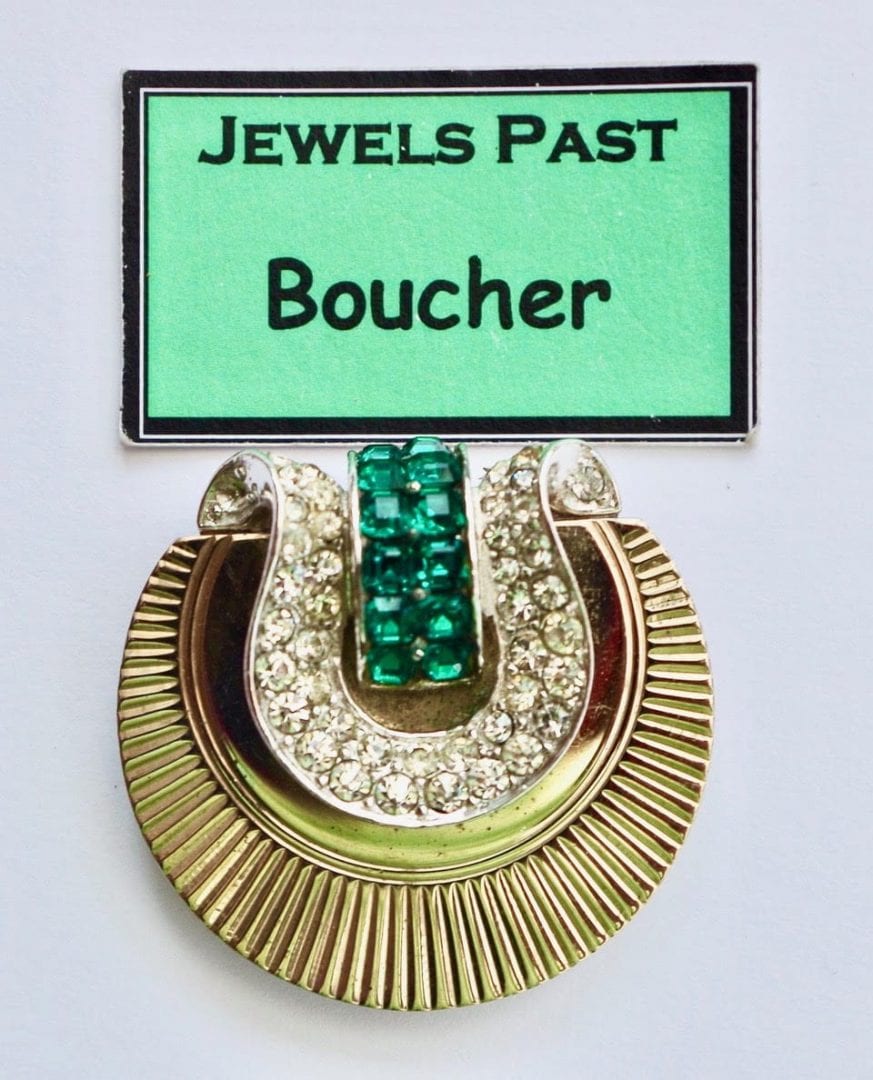 Marcel Boucher Jewellery is almost always signed (meaning a marking signifying authenticity was put on the piece) and has an inventory number on it somewhere. He got his training from the best! He trained with Cartier while living in his birthplace of France.

Boucher then went to work for Mazer Brothers before deciding to open his own company. Marcel married his assistant Sandra Semensohn. Sandra designed watches. She continued to run Marcel Boucher Jewellery after his death in 1965. She also designed jewellery and was issued several patents. Eventually in 1972 the company became a subsidiary of Davorn Industry a watch maker.