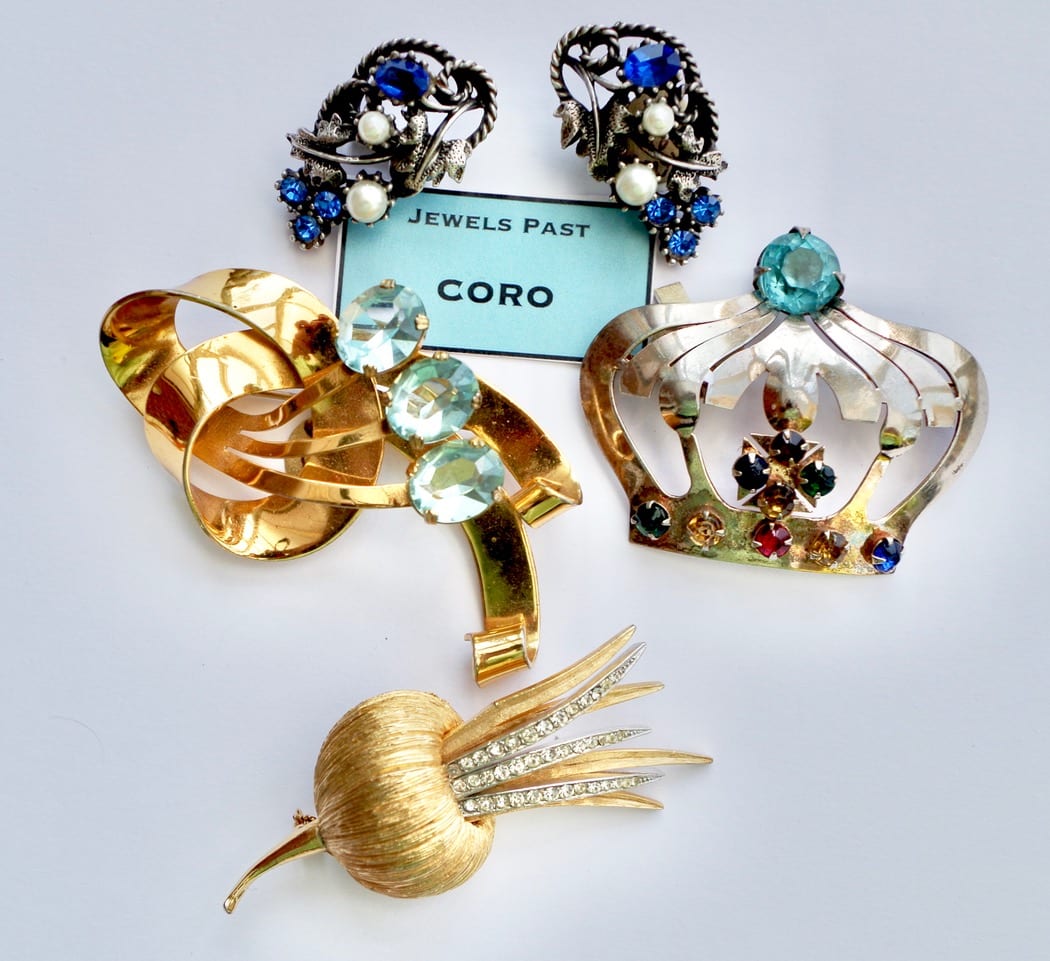 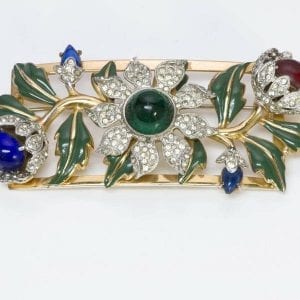 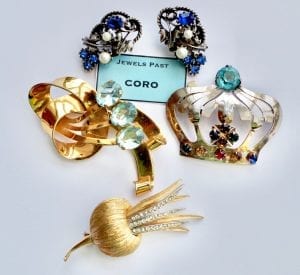 The Corocraft jewellery company started doing business in 1901. The name Coro is a contraction of an earlier trade name COHN & ROSENBERGER and they’ve been in business since 1901. During the 1930′s and the great depression, Coro built a huge plant in Providence, RI and after WWII found itself very profitable and surged ahead of the competition. In the 1940′s, the highest price line of jewellery Coro produced was under the name COROCRAFT and they offset that with less expensive jewellery that could be found in 5 and dime stores.

The career of Adolf Katz, Coro’s head designer, spanned nearly 40 years. According to patent records he appears to be a remarkably talented and prolific designer, holding more jewellery design patents in his name than anyone else in the industry.

Much of Coro’s incredible business success is attributable to Katz and Coro’s diverse, beautiful and imaginative jewellery lines are evidence of his enormous talent. Whether or not he single handily designed every piece of jewellery credited to him in design patents, as head designer he would have been responsible for selecting the designs produced by Coro’s talented teams.

As such, it was Katz’s vision that defined Coro. After joining Coro in 1924 Katz became head designer and production manager in 1937, VP in 1948 and Executive VP in 1960. Along with Carl Rosenberger as President and Coro’s dynamic sales manager, Royal Marcher, Katz defined Coro’s great creative and business success. Katz’s career with Coro lasted from the 1930s through to supervising Coro’s “new” Vendome line that replaced Corocraft as Coro’s top line from the 1950s through 1970s.

Other designers who appear on Coro’s design patents include Gene Verecchio who produced the celebrated “Quivering Camellia” line as well as many distinctively beautiful jewels made with faux “moonstone” multi-coloured cabochons. Other celebrated designers include Charles Pauzat, Oscar Placco, Robert Geissmann and many others.