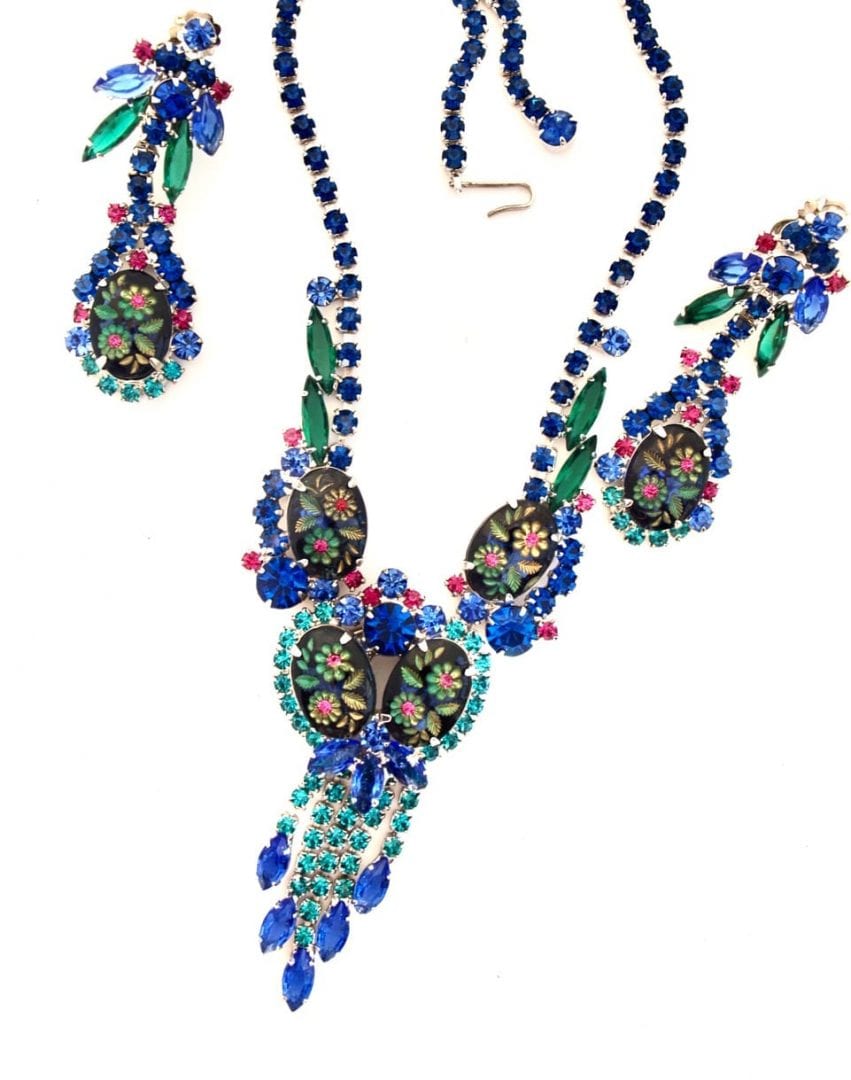 In the 1960s the company began to produce the costume jewellery that so many have come to know and love – Juliana. These early pieces with colourful rhinestones were not marked in any way at first. During the early years the company also produced buckles and buttons and clear rhinestone jewellery. In 1967 Juliana Originals was created and the paper hang- tag made its appearance. The hang tag said “Juliana Original”. Not all Juliana jewellery had a hang- tag. The jewellery had a limited run. But, oh what a run! Juliana is only one of the lines produced by this company. The company also produced costume jewellery that had other hang- tags attached. These read, “Tara” and “Gloria”. I believe these were for other companies/shops rather than their own lines. Many jewellery companies had their jewellery produced by including but not limited to the following: Weiss, Alice Caviness, Ciro, Coro, Kramer, Kenneth Lane, Talbot’s, Victoria’s Secret, Parklane, Karu, Hattie Carnegie and Yves St. Laurent. Some jewellery produced by this company for others was also unsigned. This is important because, your unsigned piece could be a D&E! Frank DeLizza is currently producing copies of some of the old jewellery designs. Identifying Designs: Clear rhinestone jewellery in the beginning. Large and colourful rhinestones. Navettes were used a lot, especially the thin ones. Art glass and other unusual stones. Kite shaped stones, intense colour, five link bracelets and necklaces. Layered designs, and a term coined by a member of the Discovering Juliana Jewellery Group, “puddling”. This refers to the extra plating that would mound up together between some of the joints on the reverse of a piece of jewellery.